Most popular Gomoku game on iOS, over 1 million worldwide downloads.

Turn your iPad into a Gomoku game board and challenge your friends or the iPad in this fun to play strategy game. The rule is simple, be the first to get an unbroken row of five pieces horizontally, vertically or diagonally to win the game. But like any strategy game with simple rules, good offense-defense balance is the key to win.

Gomoku is originated from China (五子棋) and popular in Japan (五目並べ), Korea (오목) and all over the world. It is also known as Renju, Gobang, Connect 5 or Five in a row.

Please send your feedbacks to help us improve this game. 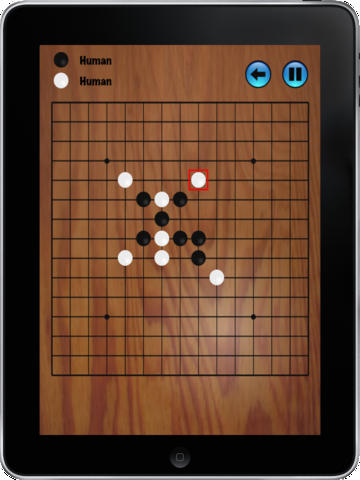